Penulis Admin
English Worksheets
Grammar
Worksheets
The Simple Past Tense, often just called the Past Tense, is easy to use in English.
If you already know how to use the Present Tense, then the Past Tense will be easy.
In general, the Past Tense is used to talk about something that started and finished at a definite time in the past.

How to form the Past Tense in English

The main rule is that for every verb in English, there is only one form of it in the past tense.
(The exception is the Past tense of To Be, which has two forms: was and were)
This is totally different from other languages such as Spanish, French, Italian etc. where you change the verb ending for every subject.
For example: The past tense of the verb want is wanted.
Wanted is used as the past tense for all subjects/pronouns.
So you just have to learn one word to be able to use it in the past tense. In this case we just needed to learn the one word wanted which can be used for all subjects (or people).

To change a regular verb into its past tense form, we normally add –ED to the end of the verb.
There are some exceptions with a slight change in spelling which you can see here:
Spelling of words ending in ED.

Examples of sentences using regular verbs in the past tense

Downlad the worksheets in PDF by clicking the image below: 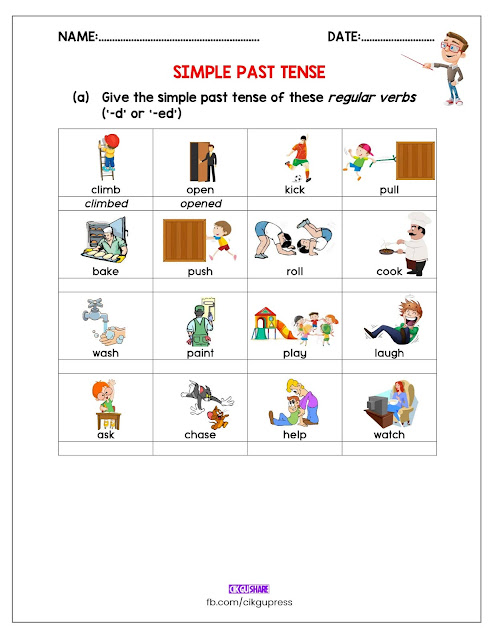 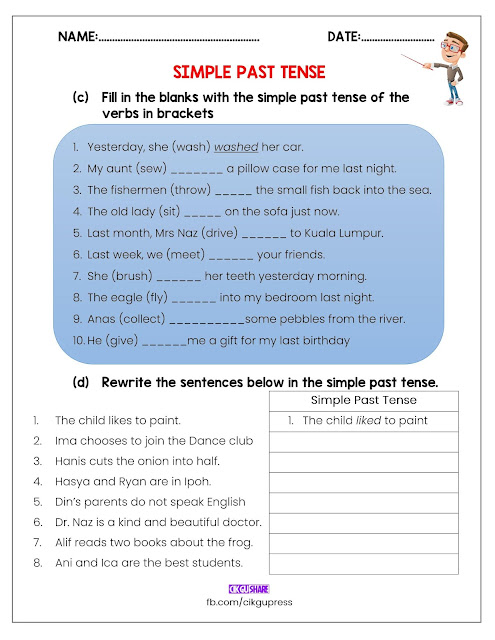