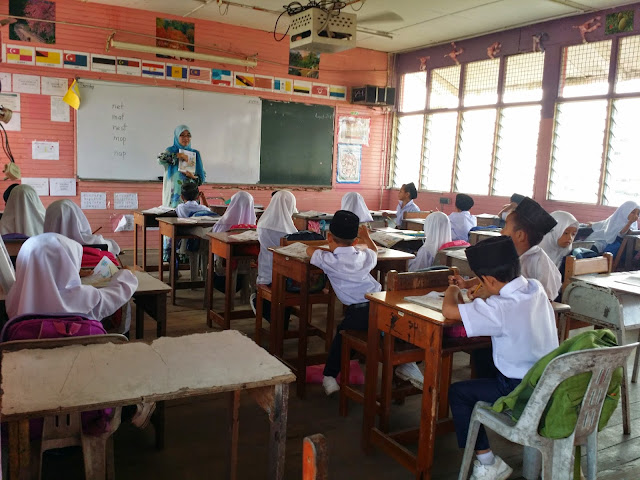 PETALING JAYA: Parents want long-term solutions such as air-conditioned classrooms to safeguard the health of their schoolgoing children against haze.

Managing director Edward Neoh said the Government should seriously look into installing air-conditioning units in all classrooms so there would be no need for schools to close during severe periods of haze.

Many parents were caught off-guard, he said, when schools had to close down after the Air Pollutant Index (API) breached very unhealthy levels last year.
“Why should only teachers and the headmaster have air-conditioned rooms?” he asked.

Neoh, who is adviser to Jia Zong, an association of parents from Chinese schools, said installing air-conditioning units in the classrooms was not expensive but many schools could not afford the monthly electricity bills. He noted that water and electricity bills for a school with 1,000 students could cost over RM10,000 a month.

Vernacular schools only receive RM5,000 in government subsidy for utilities a month and must pay for the shortfall through fund-raising and donations.

Neoh said the Government could increase this subsidy as a matter of priority.
jobs from my.neuvoo.com
Alternatively, he said the Government should provide grants for schools to install solar panels to produce electricity which could then be sold to Tenaga Nasional Bhd under the Feed-in Tariff (FiT) mechanism to offset their monthly bills.

“Some would say this is a far-fetched idea but it could be cost-effective in the long run, and will be good for the environment.”

She said the authorities must realise that not all working parents could take emergency leave.

“Some of us were left in a desperate situation due to the eleventh-hour notice about school closures,” she added.

National Union of the Teaching Profession (NUTP) secretary-general Datuk Lok Yim Pheng said she believed that the Government had learnt from what happened last year.

The ministry had the experience, she said, to better tackle the situation should the need arise to close schools again this year.

Lok also disagreed with the suggestion for classrooms to be air-conditioned, adding that the Government could not afford the electricity costs.

She said the long-term solution was for Asean member countries to stop open burning, adding that countries affected by the haze faced a drop in productivity while their people faced long-term health problems.