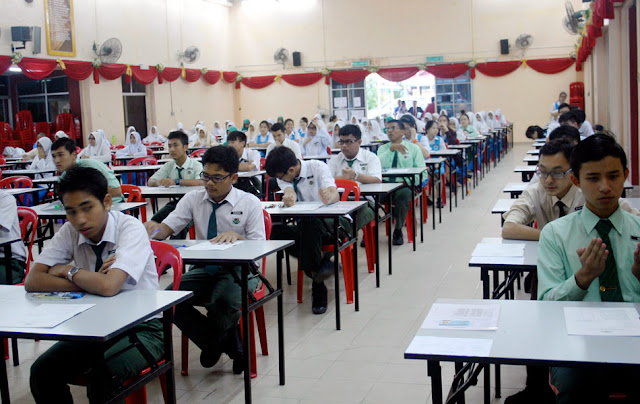 I scored 7As and 1C3 for SRP. That made me qualify for the 3rd highest class in my school. Science stream. But to be honest, I didn’t want to do science.
I hated mathematics and never understood chemistry and physics. I loved History and Literature. Painting was my hobby. Great curiosity about Economics. In short, Art stream was much more suited for me. I knew that.

The only problem was, there was only 1 class for Arts out of 8 classes. And it was considered to be the last class. Only ‘stupid’ students and underachievers went to that class. And frankly, there wasn’t much of a future for arts students, that was the mantra told to me.
So I was forced to go to science stream. I say forced because that was what it was. Not allowed. Prevented. Forbidden.

I dropped Add Maths in Form 5. Replaced it with Art as a subject instead. I can tell you I did not do well for SPM. And I hated the lessons in Form 4 and Form 5.

I felt like a puppy in the sea. Able to keep my head just above water, barely, and hoping to see dry land ahead of me. Struggling each second as I dog paddled slowly to shore.

In Form 6, I broke the chains and I registered for Art Stream. Maybe by then I guess everyone realised I had no future in Science stream. My STPM results weren’t the greatest but it was good enough to get me enrolled in UM.

You know what I learned about this?

That society and well intentioned people can screw a person up. That the expectations and demands of others can actually stunt your growth and inhibit your talent. Just because everyone does it. How apt the proverb “The road to Hell is paved with good intentions”.

The UPSR leak is a bad thing to happen. It may affect the students taking the exam. But I think there are worse things happening now which are silently condoned and practised by the parents, teachers, educators and society in general. Things which may negatively and in a large scale impede the growth of our youth and their potential.
jobs from my.neuvoo.com
Our failure to recognise that each child and student is different. That an exam is just an evaluation of what is taught in class, and not a true measure of his talent. That instead of allowing our youth to develop, we are forcing them to conform to our expectations.

You were so busy trying to make an Einstein, when your child was a Van Gogh.